We are dedicated to training, research and dissemination of luthiery craftmanship, specializing in guitars and basses of all kinds. We train students to turn them into suitable professionals, guaranteeing technical quality in building processes of musical instruments, in order to contribute to raising the level of Argentine luthiery in the future and satisfy the most demanding musicians.

It is our priority that each student transit their individual development participating in a collective experience, so the transmission of teaching knowledge is enriched in the exchange with students. Creating a multiplier effect of applied knowledge generation, shared within the environment of our space. This is the formula that we have found to contribute to training of guitar making and spread artisan knowledge, hoping that this will be reflected in the functional and aesthetic quality of the musical instruments to come.

“El Virutero" luthierie school wishes to provide society with a space for teaching and research in the craft of musical instrument building, which, through the search for continuous improvement, reaches the highest level of international training. From Buenos Aires, we aim to contribute to the durability, appreciation and dissemination of guitar making, contributing to the development of musical culture.

"El Virutero" opened its doors in 2000 at 3083 Jerónimo Salguero street in Buenos Aires City , at that time when it was not common to see a craftmanship school in the capital of Argentina, even less a luthierie school specialized in guitars.

Currently the environment is very different, guitar making has become popular, we have spaces for disseminating the activity and exhibition of musucal instruments, we participate in national and international fairs, we are part of the Argentine Association of Luthiers and the Chamber of Musicals Instrument Manufacturers. We access tools, machinery and materials of excellence through suppliers inside and outside the country, we have trained more than 1000 students since our inception, many of them are very well-positioned colleagues, others also teach their knowledge. We can assure you that the trade grew exponentially from 2000 to these days.

For all this, we are proud to offer a space where you can share experiences, generate group projects, and enjoy guitar making by learning and teaching it.

Starting from the beginning, at the end of the 20th century, the founder of the school -Esteban Gonzalez- taught himself building traditional Andean aerophones. Then he had an unfinished project on guitar building with Esteban Pérez Esquivel and finally obtained deeper knowledge studying with Rodolfo Cuculelli, who would move to Italy leaving several students and the seed planted.
Esteban continued his way creating "El Virutero", he worked in his own workshop that became a classroom in the afternoons or evenings a few days a week. Julio Malarino would replace him on occasion when he couldn't give the classes. Julio was a professor at the University of Buenos Aires for 10 years and at the National University Institute of Art (former IUNA in spanish, today UNA) for five years. In 2003 Gonzalez and Malarino added their experiences associating themselves in equal parts in the "El Virutero" educational project.
They began by moving the school to a large house at 16 Carlos Tejedor street, on May 1, 2003. They conditioned the space for the classrooms themselves, fixing and painting, making the electrical installation, building the work benches, the tool boards, the molds and templates, and little by little they started the school taking care of everything, from classes to cleaning.

Soon after, some students such as Luciano Ravioli, Emmanuel Abeldaño and Diego Troisi became friends and collaborators. Some colleagues such as Daniel Fernández and Hernán Rojo joined as teachers. Tasks began to be distributed, so Esteban and Julio focused on directing and teaching only, which left them more free time to develop their activity as guitar makers.
At the middle of 2004, both luthiers had the school running very well and each one of them was achieving great success with the guitar sales. This was coincident with the economic development of Argentina that rose after the great devaluation at the end of the government of Fernando de la Rúa, with the end of convertibility that caused a deep political and economic crisis that lasted during 2002 and part of 2003.

With the country recovering and the professional growth of Malarino and Gonzalez, a propitious field was created for both of them to dedicate themselves to their guitars. And without looking for it they neglected school, it was a gradual process that neither of them could notice until they met with a large drop in students and having to pay maintenance costs with the sale of their guitars to keep the school open. Due to this, at the end of 2006, Esteban decides to leave the school and Julio buys his part, remaining alone charged of "El Virutero".

Gonzalez continued as a instructor, with Fernández, Rojo and Malarino made up the group of teachers. Shortly after, Rojo would be replaced by Gervasio Barreiro. This group was completed with students/assistants such as Diego Troisi, Gustavo Folco, Facundo Soto and Gustavo Versace, who in the future would be in charge of the classes.

During 2007 the school incorporated former students to its staff, new proposals for luthierie courses, and a space called "Former Students Workshop" directed by Gustavo Folco. This Workshop brought together some former students of the school who built and sold their instruments through it. Exequiel Pinto, Leandro Salzmann and Alexis Dalaisón joined the team in this group.

In 2008, the Escuela de Oficios Artesanales was created, coordinated by Jorge Bojanich with the intention of adding experiences of artisanal techniques to the training of the luthier. Damascus steel forging workshops were created by Mauricio Daletzky, silver chiselling with Pablo Ferreira and Luis Chávez, and wood carving (the latter failed to materialize). Although the school of handicrafts did not prosper, the blacksmith and silver workshops were sustained for many years.
During 2009 the school and its team carried out an introspective guiding work in charge of the sociologist Gustavo Gibert, this strengthened the group and greatly organized the activities. It was a year of great growth that was later reflected in the quality of the students' work. During this period, Dalaisón, Troisi, Folco, Versace, Pinto, Víctor Vélez, and Ángel Spalletta joined as teachers and later Martín Mielli as assistant.
Malarino's desire to improve led him to open a new headquarters, which was originally intended as a training center for former advanced students of "El Virutero". This headquarters was installed within his own workshop in the neighborhood of Olivos, Vicente López district, north of Buenos Aires City. During 2014 "El Virutero" worked in Buenos Aires and in Olivos, finally it was decided to centralize everything in a single space. And maintaining the high level of demand of the improvement center, Olivos remained the only training space in "El Virutero". Although the school that was already installed and functioning in the capital City followed its own path. Malarino brought together five former students and teachers of the school: Diego Troisi, Exequiel Pinto, Alexis Dalaisón, Gustavo Folco and Leandro Salzmann. He offered them to continue with the place and the students, the first three accepted and continued with a school of luthierie called "El Taller", which currently works.

For three consecutive years, the “Luthiers Haciendo Escuela” meetings organized by "El Virutero" and the National Arts Fund, and thanks to the Argentine Association of Luthiers, were also held. The Museum of Lutherie with the collaboration of Gonzalo Sotil and the museologist Graciela Juárez. The participation of practically all national fairs where there was space for guitar making and some very important international ones such as “MusicMesse” in Frankfurt, Germany, and “The NAMM Show” in Los Angeles, United States.

Today, "El Virutero" took root as a reference in the training of Luthiers, builders of all kinds of guitars (including basses). In these more than 20 years of experience, with hundreds and hundreds of students who learned guitar making, many trained colleagues and teachers, and even the pride that the current president of the Argentine Association of Lutthiers was a former student and teacher of "El Virutero". 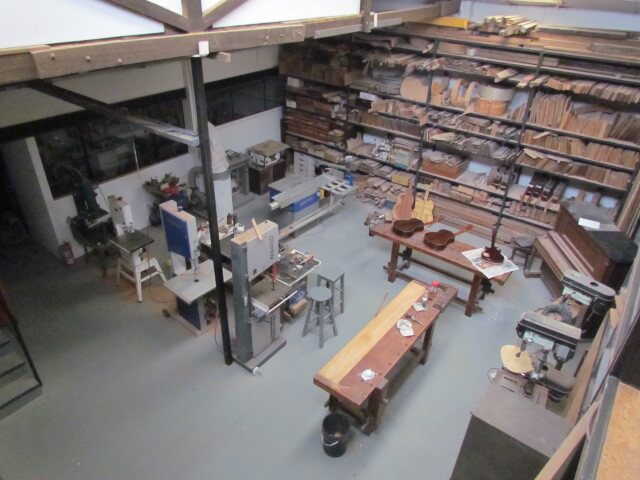 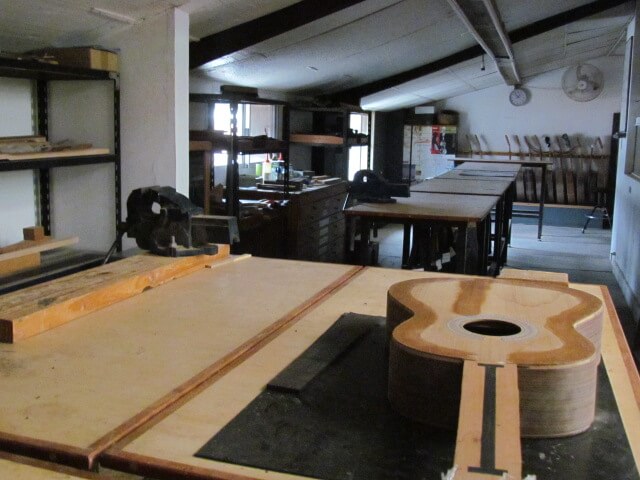 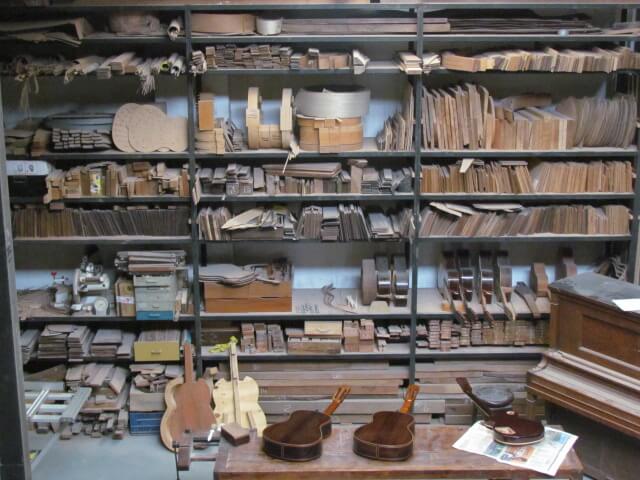 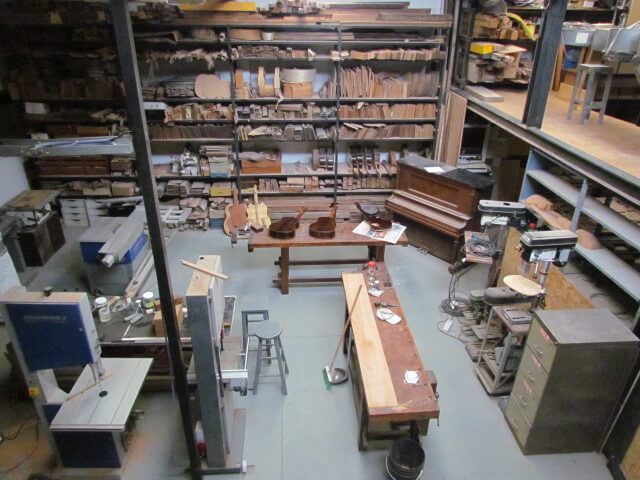 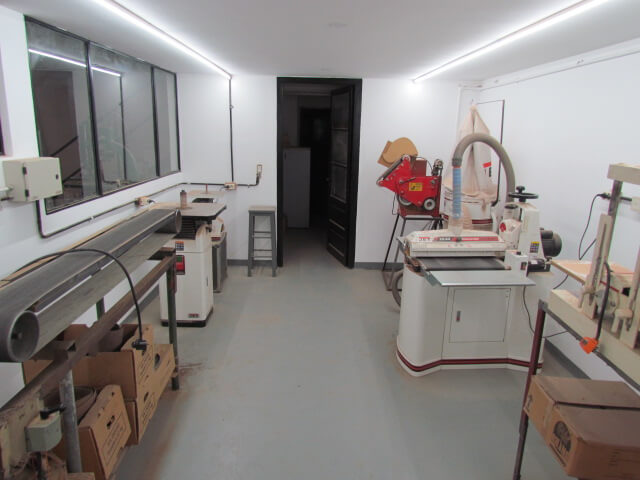 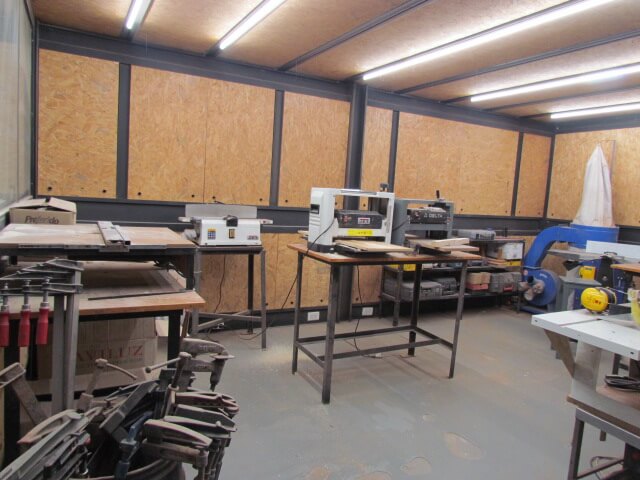 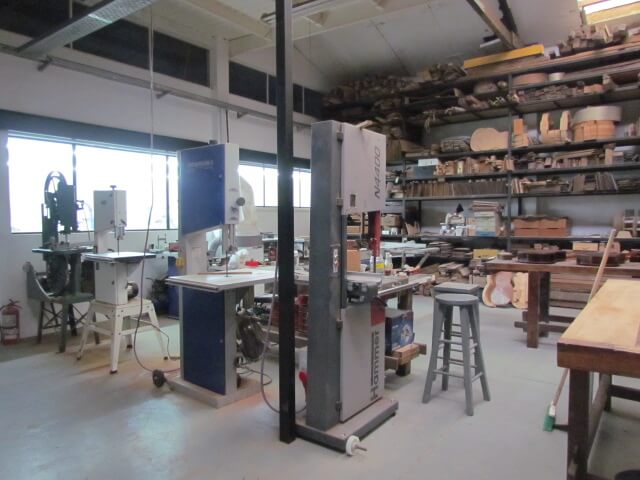 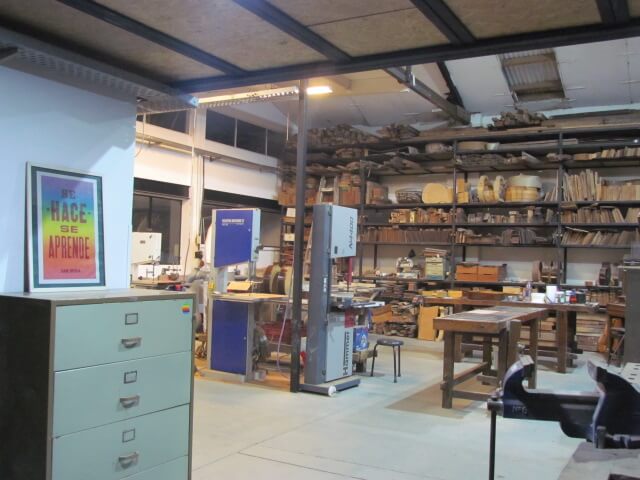 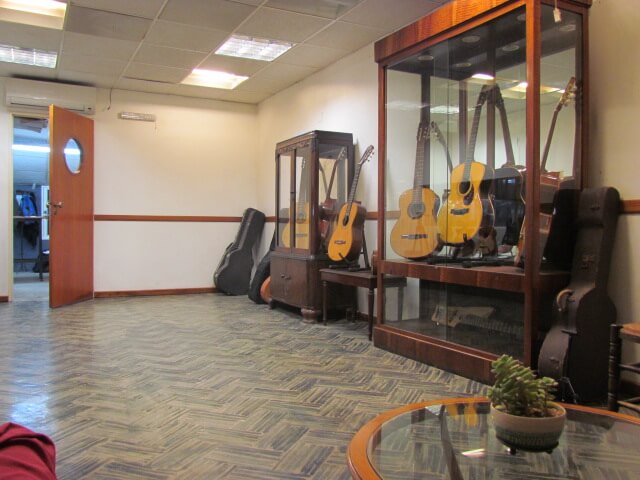 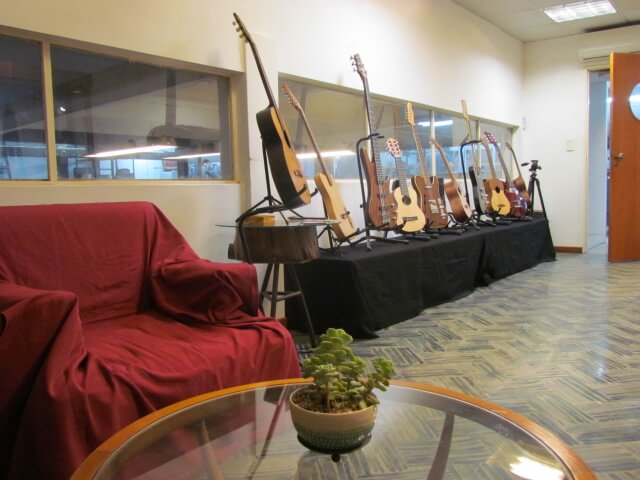 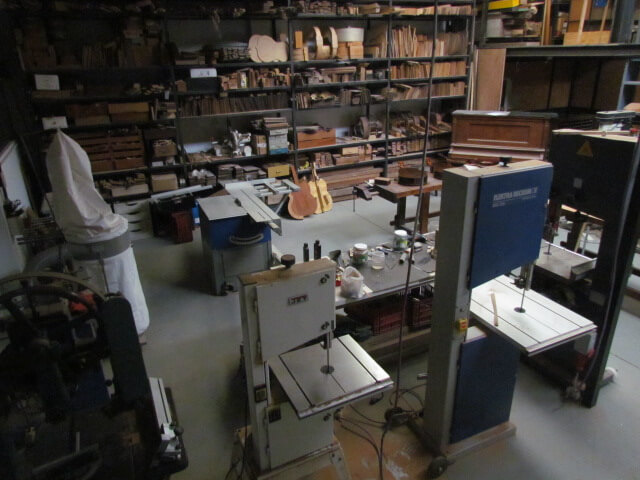 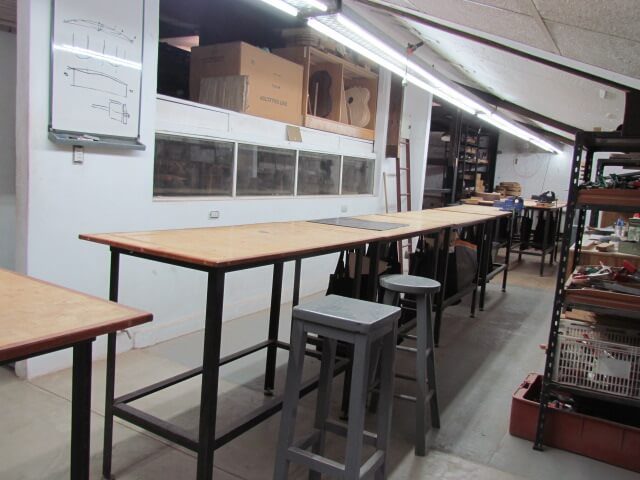 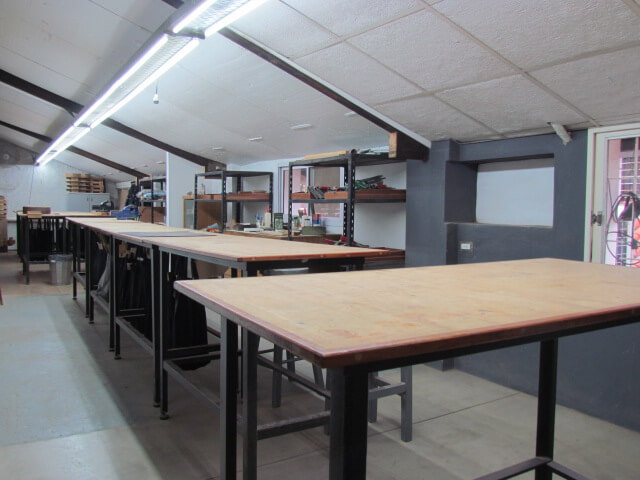